Hello and Welcome to CIP Chicago!

We are thrilled to have you join us, and hope to get you accommodated as quickly as possible.

We believe that in order to achieve that goal, it is important for you to learn about Chicago’s rich history, what the city has to offer, and how you can make the most of your time here. So, that being said, today we will be looking at some of the most culturally rich neighborhoods in Chicago. Let’s get started!

Gold Coast Historic District: Or just the ‘Gold Coast,’ is a more affluent neighborhood of the city. It is located near Lake Shore Drive, Clark Street, and Oak Street beach. Gold Coast is around the Near North area, and walking through you will see a plethora of mansions, highrises, and historic buildings that reflect the common socioeconomic class of those living there. In addition to its mansions and high-rises, the Gold Coast area is home to one of Chicago’s most popular beaches, Oak Street Beach, which provides amazing views of both Lake Michigan and the towering buildings of downtown Chicago.

Bridgeport: This early Chicago neighborhood is where many of the Irish settled who came to dig the canal. Part of the neighborhood follows the river instead of the Chicago city grid. You can also see that the streets are higher than the yards. Since Chicago was built in a swamp there was no slope to provide drainage for sewers. So Chicago built its sewers at street level to provide drainage and thus raised the level of the streets! In addition to Irish, Bridgeport was also home to German, Polish, Italian and Lithuanian immigrants, who all built churches for their people. It was a working class neighborhood with jobs provided by the industry brought by the canal as well as the Chicago Stockyards built just to the south of the neighborhood in 1865. The Irish were very successful and moved particularly into politics. Five Chicago mayors have come from Bridgeport, including Richard J. Daley and his son Richard M Daley whose combined terms lasted 43 years! The Daley house is still owned by a family member on S. Lowe Ave. Historic ethnic groups have left the area, and today there is a significant increase in Chinese residents who account for 25% of the population.

Pilsen: This is another very early immigrant neighborhood, originally settled by German and Irish immigrants. In the 1860’s and 70’s, many Czechs arrived in the area and named it after a major city in their country. St. Procopius was the Czech parish. Across the street in the 1890’s they built Thalia Hall, a multi use building that included a Czech Opera House. It has recently been refurbished as a live music venue. There were also significant concentrations of other Eastern European groups such as the Polish, Slovakians, Slovenians and Lithuanians, and Croatians.

Mexicans were also a big part of the population. In the 1950’s. The forced resettlement of Mexicans due to the construction of the University of Illinois’s Circle Campus increased their percentage of the population. Today, this lower west side neighborhood is predominantly working class Latino.

The National Museum of Mexican American Art (which is free!) is located in Pilsen. A vibrant street life includes lots of delicious Mexican food, Catholic churches, and graffiti that spans all along 16th street. There is a vibrancy that is unmatched. Pilsen is also a hub for art-murals, specifically. When walking down in Pilsen, you can see the artistic tributes to prominent Mexican figures (like Kahlo, for example).

Chinatown: In the 1890’s, the 600 or so Chinese immigrants lived on a stretch of Clark St. in the south Loop. After 1910 they moved to Wentworth and Cermak, mostly for cheaper rent. It has been called Chinatown since 1912. This is a vibrant neighborhood. Located right off of the CTA Red Line, Chinatown can be found just a few stops south of the loop. An enigmatic area, the food in this neighborhood is incredible-but that’s just the start. The architecture of the neighborhood echoes that of the residents native to China, and it holds a lot of history. Overcrowding has been addressed by neighborhood leaders who bought unused railroad land to build a new shopping center as well as housing and Ping Tom Park along the Chicago River. Chinatown is one of the neighborhoods where street architecture such as the Chinatown Gate, lanterns and street sculpture best reflect Chinese culture.

Back of the Yards: One of Chicago’s most famous historical neighborhoods, inspired and described in Upton Sinclair’s The Jungle. Was once predominantly Eastern-European with heavy involvement in the meat-packing industry, but has since closed itself to meat-packing and developed into a lively neighborhood with a high Mexican-American population.

Little India on Devon: Fun Fact: Chicago’s very own Devon Street has been dubbed as “the most diverse street in America”, and for good reason! While the Indian community is thriving in this area, there are various other groups that take up different sections of the street. Devon basically spans from Lake Michigan to almost O’Hare airport (east to west). India and Pakistan are well represented, but as you head west you meet the Croatian Cultural Center, a variety of Muslim shops as many Bosnian Muslim refugees settled here in the 1990’s, and finally a Jewish district with a considerable number of Hasidic Jews.

Greektown: Many Greek immigrants arrived in Chicago in the 1840’s, but the neighborhood really began to thrive around the 1970’s, when new restaurants and businesses began to open (and there even began a Greek fest!)

With an economic investment from the Democratic National Convention (which was held in Chicago), the neighborhood really blossomed. Now, this neighborhood on Halsted St. has architecture that is reflective of the kind found in Athens.

Uptown: Locally referred to as “Asia on Argyle”, this northern neighborhood has a lot of Vietnamese and Cambodian residents (some Chinese, also). The grocery stores on Argyle street have Laotian, Vietnamese, Thai, and Chinese influences. The area is technically the West Argyle Street Historic District, and came to be around the 1960’s.

Ukranian Village: Originally, Polish and Germans settled in Ukranian Village-but as the name suggests, Ukranian immigrants began to establish a more prominent presence post WW1, and this Westside neighborhood became largely slavic. In this neighborhood, there is a Ukranian Museum, many Ukranian style churches, and plenty of Ukranian owned restaurants.

Albany Park: Albany Park is an interesting neighborhood, because there isn’t one predominant ethnic group. This area hosts a large variety of people groups. Historically, it was dubbed as “Koreatown,” but in recent years, the Korean population has moved more towards the northern suburbs. Walking down Albany Park, there are not only many Middle Eastern stores and restaurants, but also many Hispanic-owned restaurants and stores. Really, it is a melting pot of culture.

Hyde Park: Hyde Park, found on the south side of the city, has a rich history. Besides being the former area of President Obama’s residency, it was the site of the 1893 World Fair, and is the home of the University of Chicago (one of the most accredited and well respected universities in the United States), as well as the Museum of Science and Industry. It is a hub of academics, culture, history, and diversity.

Little Village: Located on the southwest side of Chicago, the Little Village is home to one of the largest Mexican-American populations in the Midwest. Originally a dominantly Eastern-European neighborhood, many of Chicago’s Mexican-Americans were forced into the area in the 60’s. Today, it is a haven for authentic Mexican culture and cuisine. Walk down the mainstreets to find authentic Mexican bakeries, confectionaries, and much more.

Bungalow Belt: In the 20th century, Chicago had a great need for housing. One solution was a design called the “Chicago Bungalow”. In the building boom in the 1920’s, 70,000 of these sturdy and serviceable houses were built by developers on the south, west, and north sides of the city. That all had a similar plan, so they could be mass produced, but each featured the ability to customize details.

Taylor Street: This street on the near west side of Chicago is a remnant of a much larger immigrant community that was destroyed to build the Circle Campus of the University of Illinois in the 1960’s. Many immigrant groups called this district home, but the Taylor street section has a mostly Italian flavor. Check out Al’s Italian Beef restaurant, and the small seasonal Italian Ice stand across the street. Our Lady of Pompeii church is nearby across from what had been Cabrini Hospital. Mother Frances Cabrini came to work in Chicago and is one of the few Americans canonized a saint.

Pullman: Located about 12 miles south of the downtown area is the neighborhood of Pullman. The pullman area, named after the famous Pullman Train company, is historically and architecturally significant. It holds several beautiful and important buildings, with Polish Catholic influence, including the Hotel Florence, the Greenstone Church, and Clock Tower and Factory.

Riverside: Located 10 miles from the Loop on the Chicago, Burlington, and Quincy railroad line, Riverside was developed beginning in 1868 as an exclusive commuter suburb. The developers hired Frederick Law Olmsted and Calvert Vaux to develop the plan.  They were the designers of Central Park in New York City. Instead of the rigid grid used in Chicago, their design of curved parkways following the meanderings of the DesPlaines River that ran through the property created a prototype garden suburb. Early estates large, with designs by Louis Sullivan, William LeBaron Jenney and Frank Lloyd Wright. Economic panics in 1873 and the 1890’s slowed development. While the landscape plan remained the same, smaller scale houses provided infill in the 1920’s.

Evanston: Located north of the city, Evanston is home to Northwestern University, one of the top-ranked universities in the state and nation. Being a college neighborhood, Evanston has cafes and restaurants of every kind dotted throughout. With the Eastern portion of the neighborhood resting on Lake Michigan, Evanston is also a great destination for beach views and experiences in nature.

Skokie: Originally a dominantly German-Luexembourger community, Skokie experienced a surge in Jewish population following the second World War. Now home to Chicago’s largest Jewish community, Skokie prides itself on its many parks and restaurants, including what many Chicagoans consider to be the best bagel spot in town: New York Bagel & Bialy Corporation.

Though covering both the histories and unique features of these many Chicago neighborhoods, these descriptions only scratch at the surface of the cultural vibrancy and great experiences waiting to be had in the many neighborhoods of Chicago. We hope learning a little bit about each neighborhood has you excited and ready to explore! And please don’t forget: make sure you’re protecting yourself and those around you by staying mindful of, and updated on, the COVID-19 pandemic, as well as wearing a mask, and maintaining social-distancing practices in public places. 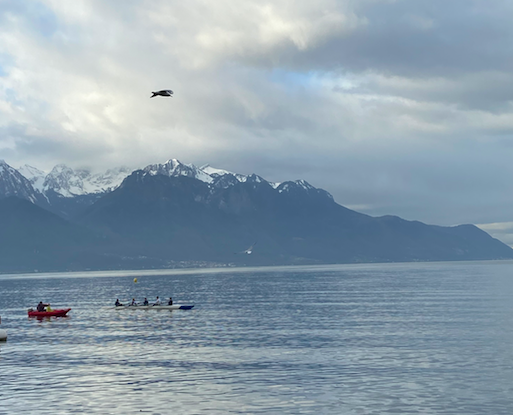 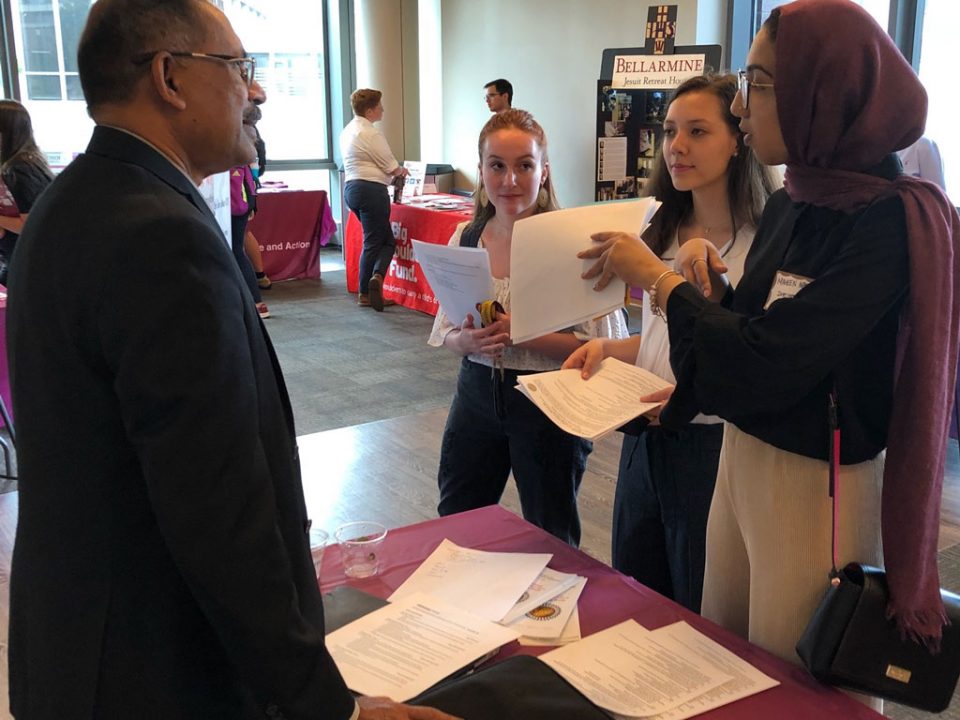